Mondays at the ReStore

Hi, everyone! I decided to do something a little different and post every day this week. I thought it might be fun for you guys to see how we do things during the week to get the store ready for shoppers on Thursday afternoon!

One of the funnest things about working in the ReStore is that every week is a little different. We never know what is going to come through the door or what the Donation Ambassadors may bring back from a pick up. While we may follow the same formula every week, the end result always comes out different. However, thanks to our fantastic volunteers, the results are always beautiful.

Mondays are typically a slower day in the store. The staff members will pull all the large items that sold over the weekend to one area of the store so when their new owners come to pick them up, it's all ready to go. A lot of people have made comments about how we must have furniture stored in the back somewhere to replace all the items that have sold, but we don't! All the furniture we have is on the floor Thursday at noon for everyone to see! We may move things around in the store to display, but nothing is taken out of the back. The Donation Ambassadors start on Monday going out in the community to pick up furniture, boxes of home goods, building supplies, and much more! So all the new things you see during the Sale Hours are all new merchandise!

We do, however, have some  boxes of home goods in the back. We are so blessed by your donations that we can't always get the smaller stuff on the floor the week it comes in, but that doesn't stop us from trying! Every day that we are here, we have at least one person pricing merchandise in our stock room. Monday we start opening more boxes and preparing the merchandise to be priced. If anything needs cleaning, we take it to the kitchen to run it through the dishwasher to be washed good as new. We also bring more boxes of the Christmas items we have stored to be processed, priced, and put on the shelves.

On days we're not open to the public, we sometimes have up to five people working hard to ensure new merchandise is available every day!

Thank you all so much for believing in our mission to end poverty housing. Every time you donate or shop with us, it helps us save toward building the next house for a person in need! We appreciate each and every one of  you! 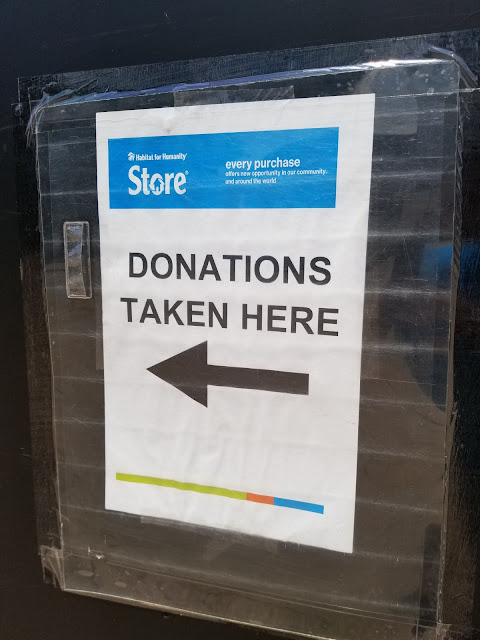 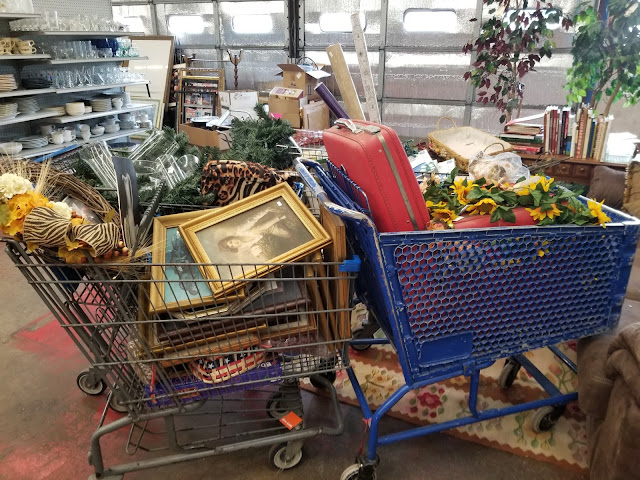 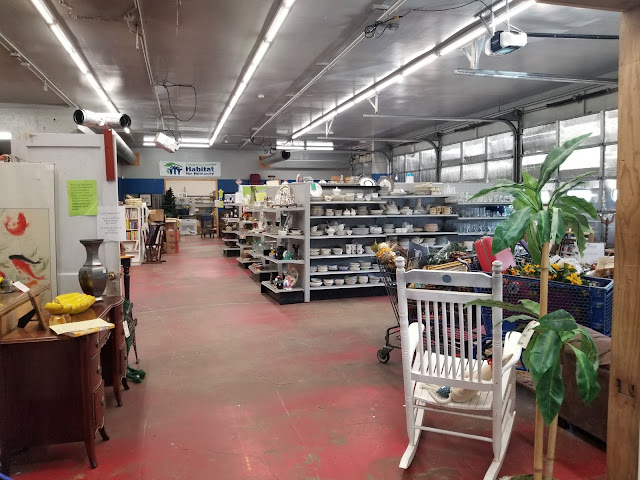 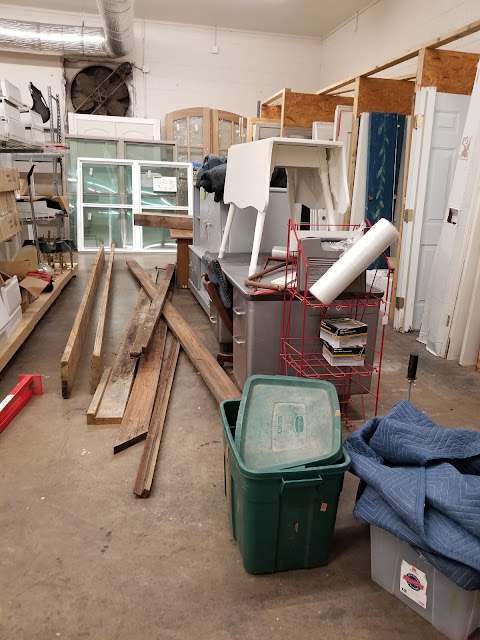 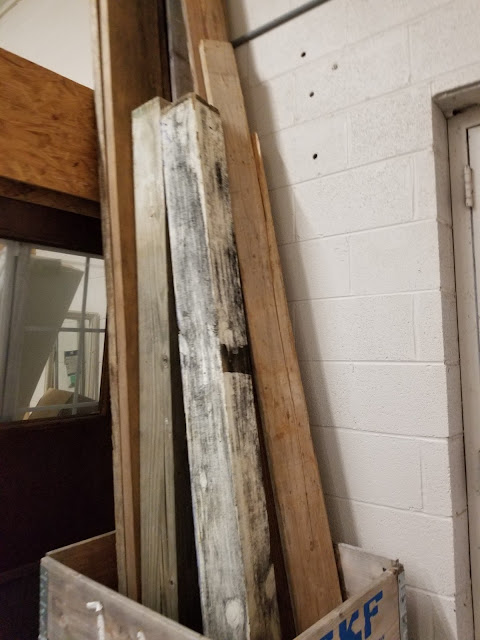 Thank you guys so, so much for your patience this year on the Christmas sale! COVID-19 really put a dent in our plans for Christmas in July this year, but we're so happy to be enjoying Christmas in August with all of you.

It's been such a joy to be surrounded by all the volunteers who have worked so hard to get so many bins of Christmas merchandise sorted, cleaned, priced, and displayed on the shelves. It feels a bit like opening presents when we pull back the lids and see all the new things we have waiting for us to put out for you guys. We still have many bins waiting to be priced, so if you missed the first week, don't worry! We still have a LOT for you to discover in the following weeks! 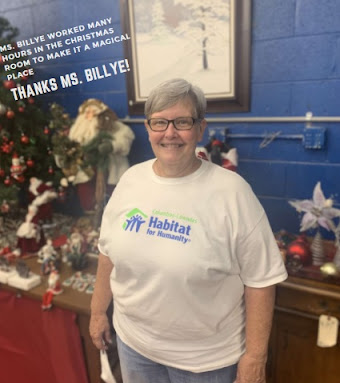 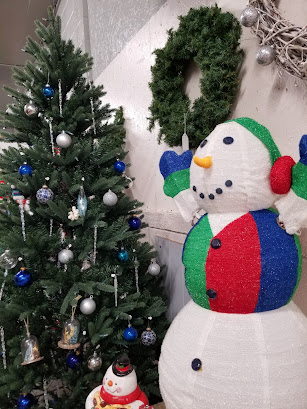 Myths and Facts About Habitat for Humanity

A lot of people have heard of Habitat for Humanity, but they are still uncertain about what we do. To help better understand our organization, here are some common myths about HFH and the truth behind them!

Truth: Houses are not given to anyone. Habitat for Humanity builds homes with people in need and then sells the houses to the homeowner partners through non-profit loans. Because houses are built principally by volunteers, mortgage payments can be kept reasonable to those unable to obtain conventional financing. Habitat homeowners must invest hundred of hours of "sweat equity" -  that is, time spent building their own home or other Habitat houses.

Truth: Habitat doesn't build homes for anyone. We build houses with people in need, without regard to race. Three criteria drive the family-selection process: need; ability to repay the no-profit mortgage during a 15-to-30 year period; and a willingness to partner with Habitat. The U.S. Fair Housing Act of 1968 prohibits discrimination in the sale of housing on the basis of race, color, sex, religion, handicap, familial status or national origin. The covenant that all local Habitat homeowner families are selected "according to criteria that do not discriminate on the basis of race, creed or ethnic background."

3. Myth: Habitat homeowners are on welfare.

Truth: While some Habitat homeowners do receive public assistance, most work at low-wage jobs. Habitat works in good faith with people who often are at risk in society, knowing that owning a home is not the answer to every problem, but that it can be an important step-often the first step-toward helping people who break out of the cycle of poverty.

4. Myth:You have to be a Christian to become a Habitat homeowner.

Truth: HFH was founded as and is a Christian ministry. However, homeowners are chosen without regard to race, creed or nationality-following the requirements of the law as well as Habitat's belief that God's love extends to all. Habitat also welcomes volunteers from all faiths - or no faith - who actively embrace the goal of eliminating poverty housing from the world.

Truth: Any newly built house is going to be a dramatic change for a family that has been living in a shack, hut, or rundown apartment. But Habitat houses are not extravagant by any standard. Habitat's philosophy is to build simple, decent houses. Under house design criteria approved by Habitat for Humanity International's board of directors, living space in a three-bedroom house, or example, is not to exceed 1,050 square feet.

Truth: Habitat for Humanity International was started in Americus, Ga., in 1976 by Millard Fuller, along with his wife, Linda. Former U.S. President Jimmy Carter and his wife, Rosalynn, are longtime Habitat supporters and volunteers who help bring national and international attention to the organization's house-building work. They lead the annual Jimmy & Rosalynn Carter Work Project to help build houses and raise awareness of the need for affordable housing. Since the first work project in 1984, more than 2,000 houses have been built in conjunction with Carter Work Project events.

While there are several other myths about HFH that you can search and learn about, I'm going to end with this one.

7. Myth: Poverty is such a large problem that it can never be solved.

Truth: Poverty housing is a huge issue, but Habitat believes that by continuing to build houses with people in need, by working with other committed groups, and by putting the issue of poverty housing in the hearts and minds of compassionate people everywhere, the problem can be solved.

Something I like to say a lot in the ReStore is a quote from Dr. Seuss's The Lorax. It has been my favorite quote for many years, but since starting my career here at the Columbus-Lowndes Habitat for Humanity ReStore, it has taken on a whole new meaning to me.

"UNLESS someone like you cares a whole awful lot, nothing is going to get better. It's not." - Dr. Seuss.

And it's true! I am honored to work with volunteers, staff members, and donors who care a whole awful lot about what happens in our community. It's never too late to help out with the fight against poverty housing. If you don't have the time to volunteer, you can always donate your used items that you no longer have use for. Every item sold in our ReStore goes to building homes or helping repair homes through our Critical Repair ministry.

Thanks so much for taking time to learn a little more about us!

We are so excited to have our first ever egg hunt here in the ReStore! We had planned to have one last year, but with the Covid-19 shut down...